Summary of the Emission Reduction Plan for S-metolachlor in Belgium

Surface water monitoring data (obtained from the Flemish and Walloon regional authorities) for S-metolachlor for the period 2016-2018 were compared with acute and chronic water quality standards (MAC-EQS and AA-EQS). Based on the data, the main emission routes and vulnerable regions were identified, and a plan for reducing emissions to surface water was drawn up.

S-metolachlor is primarily (up to 80%) used as a post-emergence herbicide in maize cultivation. Minor volumes are used in the cultivation of sugar beet (15%), vegetables and ornamentals (<5%). Use mainly takes place in the months May and June. About 70% of the use occurs in Flanders.

Monitoring locations are equally distributed between Flanders and Wallonia and are distributed over most river basins, also in regions with the highest maize density.  In total, more than 7100 water samples were analysed from 247 to 284 locations per year. Depending on the year, no S-metolachlor was found in 61 to 69% of the samples. About 0.5% of the measurements exceeded the MAC-EQS. The number of locations exceeding an environmental quality standard ranged from 1.6 to 4.9% (in absolute numbers 8 to 14 locations per year). 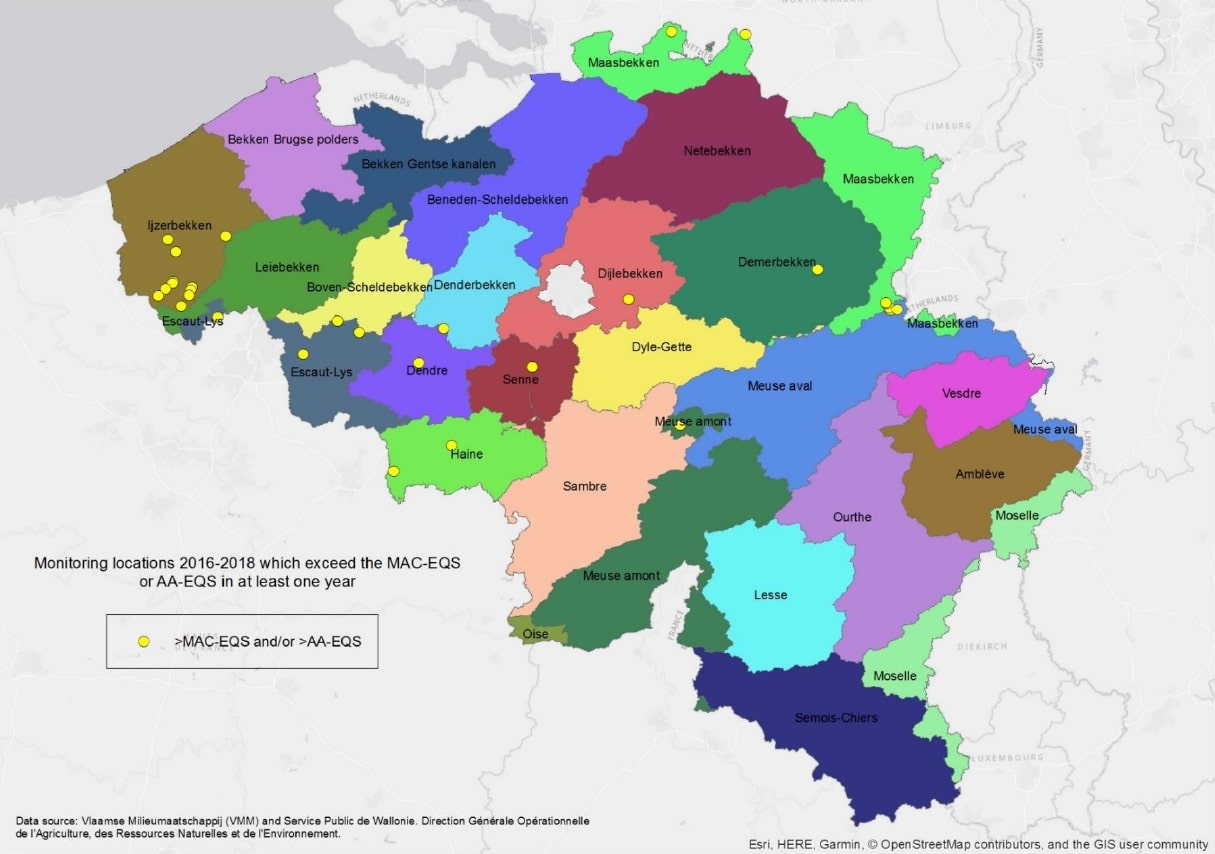 Based on the 2016-2018 monitoring data, we come to the following conclusions:

Authorisation holders of S-metolachlor will also focus on general measures: